menu Menu
The Big Bad Wolf, A History
By Chris Posted in Featured on August 22, 2009 3 Comments 3 min read
Previous Next 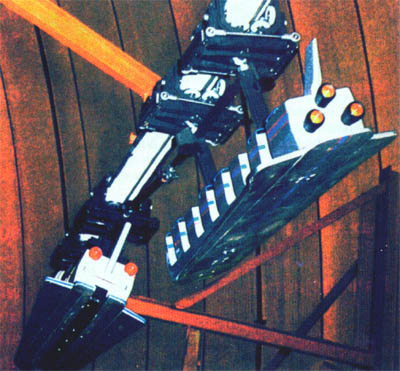 Footers were laid and construction of the coaster began, but, due to Schwarzkopf going into bankruptcy, the ride had to be scrapped. Busch then went back to Arrow, who had designed Loch Ness Monster, to build one of their suspended coasters, which they had been refining after some failure, including “The Bat”.


Although Arrow was having some success recently with their suspended coasters, some attribute the greatness of the Big Bad Wolf to the placement of the footers, which had been left over from the Schwarzkopf construction. The layout of the ride is definitely one of a kind as it is very specific to the terrain and it is unclear how much of this design was a product of Arrow and how much was thanks to Schwarzkopf.

There are rumors that a park employee working in the Bavarian village the ride travels through was hit in the head and decapitated by a train going through the course. This report was nothing more than that, a rumor, a false one at that. An employee did die working on the ride, but they were painting when their vehicle overturned. This occurred prior to the opening of the park for the 2003 season. It is not confirmed exactly where the accident occurred, but it was likely on one of the lift hills as a fall from any other part of the ride would be enough to cause serious injury, but not likely result in death.

2009 will be the last year of operation for the Big Bad Wolf. The ride will close after Labor Day and the process of dismantling the ride will begin prior to the end of the season. The fact that the ride is closing even before the park closes for the season added to the fact that the ride is being taken down during off hours rather than waiting until the park is closed is leading to increased speculation that the park is finally making the long anticipated expansion to a new country as well as adding a new coaster. It is likely that whatever is replacing BBW will be something not seen before; a ride that stands out from all other rides in it’s category.
[hr]
[dropcap2]Media[/dropcap2]

You can see pictures of the deconstruction of the coaster here. NOTE: This link will be resorted soon.

Arrow promotional video. Note how quickly the train goes through the brake section and on to the second lift hill.

The Big Bad Wolf on it’s final day of operation.