The last time we wrote about a resort hotel coming to the park was back in December when we published the rumor that Blackstone and Xanterra were in talks to build a resort on the land currently occupied by the Busch Gardens Williamsburg “boneyard” (the area behind Festhaus Park). Since then, news about this rumored resort has been extremely hard to come by. Well, that is, until today. We’re a bit late finding out about it, but it turns out that on February 15th, someone filed an application to the James City County Planning Commission for the “addition of resort hotel”. The application is quite vague which could mean that the applicant is withholding information in an attempt to keep their project under wraps but, when combined with what we’ve previously heard, I’m pretty sure it’s from the park. A screenshot of the application has been attached below and the full application can be found here.

What do you think? Is it from the park? Is a resort at the park an absolutely insane idea? Join the discussion on our forums here. 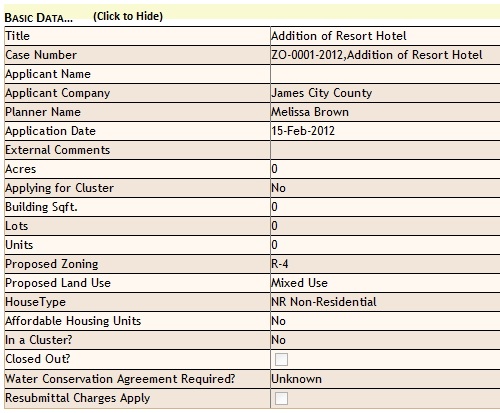