Welcome to Part Two of our 2017 Food & Wine Festival review. Previously, we shared our scores and comments for every dish at the event. This week we want to talk about the festival more broadly. Below you will find our ranking of all of the booths from best to last, as well as our recommendations for what to eat at each booth. We will present our thoughts on the best way to enjoy this potentially overwhelming food festival; our picks from the Iceland Freeze Booth; and in response to a specific social media request, a chart to help everyone decide whether or not to buy a sampler lanyard.

First, however, I’d like to talk about our impression of the F&WF as a whole. The bottom line is that the event has improved noticeably across the board. Last year we highlighted several concerns about how the food had evolved from challenging and interesting to flavorless and mushy. We were surprised and delighted on Memorial Day weekend this year, when we discovered that most everything had significantly more spice and better textures. With a few exceptions we enjoyed everything we tried and in some cases had a very difficult time picking our favorites.
It is worth noting that we tried everything the first week of the event, when we would have expected the staff still to be getting the kinks out. We tasted some dishes a second time the following weekend with different people, and still loved most of what we ate.
We would not have said this over the past few years, but now we are strongly advocating skipping the regular eateries, and getting your meals at the F&WF booths. Aside from the obvious fact that you can eat at Trappers and Marco Polo’s all year, while event food is available for a very limited time, Chef Justin told us at the Media Event that most of his staff is primarily focused on the festival. We also noticed that food from Grogan’s wasn’t as good as normal, probably because the limited resources have to be split between normal operations and the F&WF. In short, we cannot recommend strongly enough that everyone try some the great food at this event.

Since we doubt anyone else sets out to eat everything at the event, and because we are so strongly advocating attending this year, we thought it might be helpful to make some recommendations about some ways to approach the F&WF.
In our opinion, the best option is not to pick one or two booths and try to create a meal.  (The India kiosk might the one exception to that view.)  We believe that there is so much regional and cultural variety at the event, that it is worth trying things from several countries, so you can experience many different cooking styles.
We also believe that by accident we may have discovered the most interesting approach.  For our formal tasting we shared each dish, because none of us could eat 54 full portions.  When we aren’t obligated to eat everything, however, we still prefer to split our plates.  It makes it possible to enjoy more booths, because it controls costs and limits volume.  So, we highly recommend going with a friend and sharing several small plates, essentially creating a multi-national tapas-style meal.
In addition to the detailed information we provided last week, you will find below our tasting team’s recommendations for what and where to eat.  We have included Best in Show (the overall highest scored dish), Best Savory, and Best Sweet. We also included high-scoring items that were not formally recognized as Honorable Mentions. We did not pick a Most Improved, because so many booths we so dramatically better this year.
We have also “racked and stacked” all of the booths, based on their scores from highest to lowest.  Although you can probably find something tasty at every location, if you only want to hit a few, we hoped this would help scope the list. 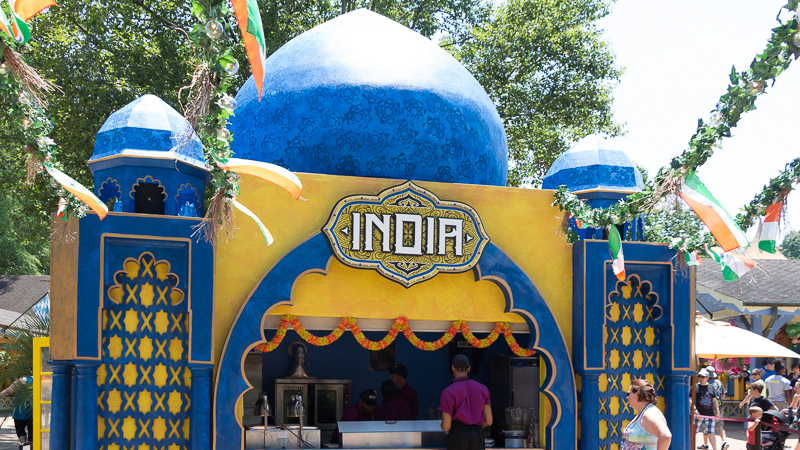 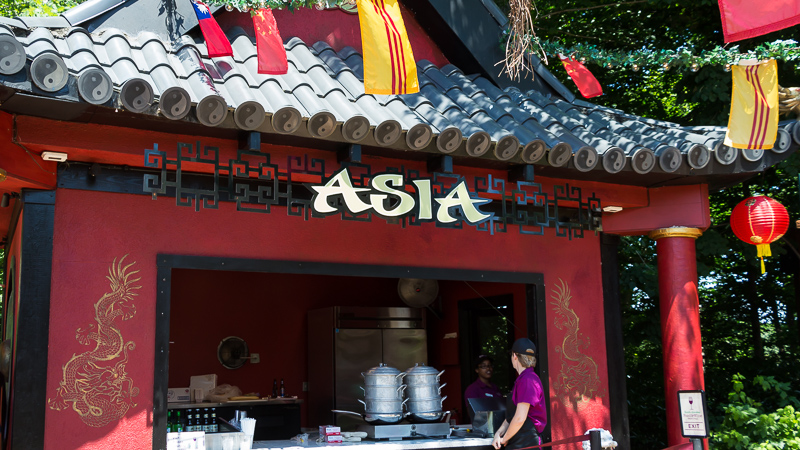 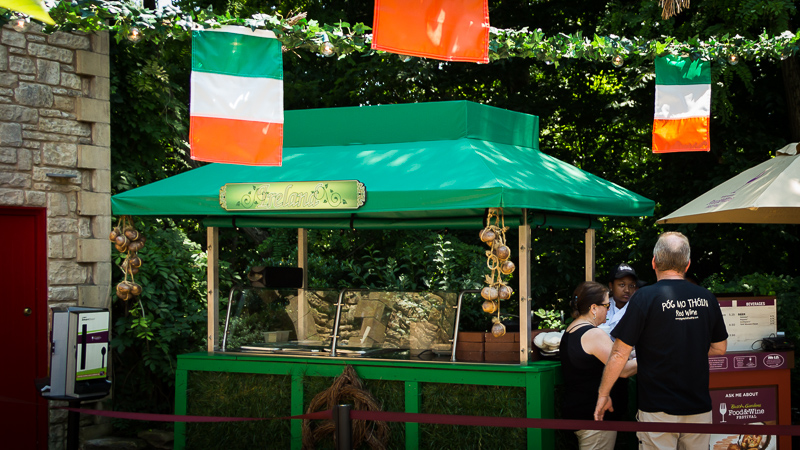 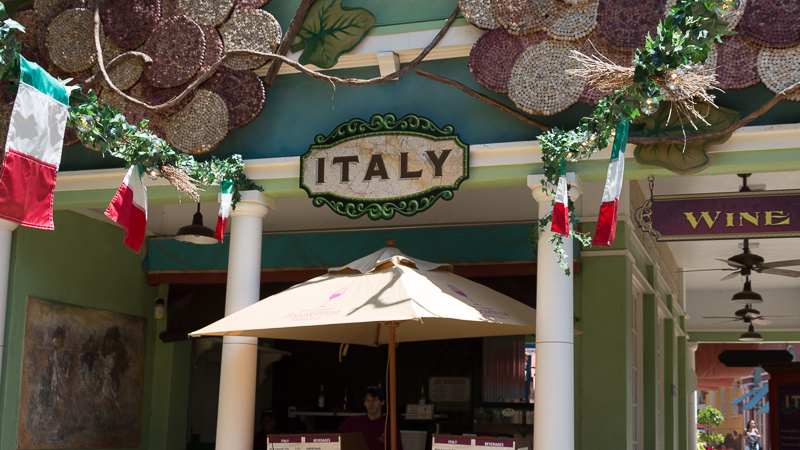 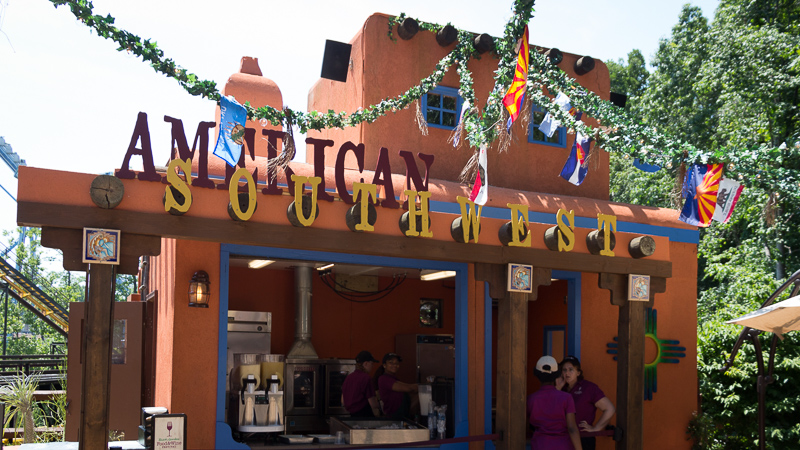 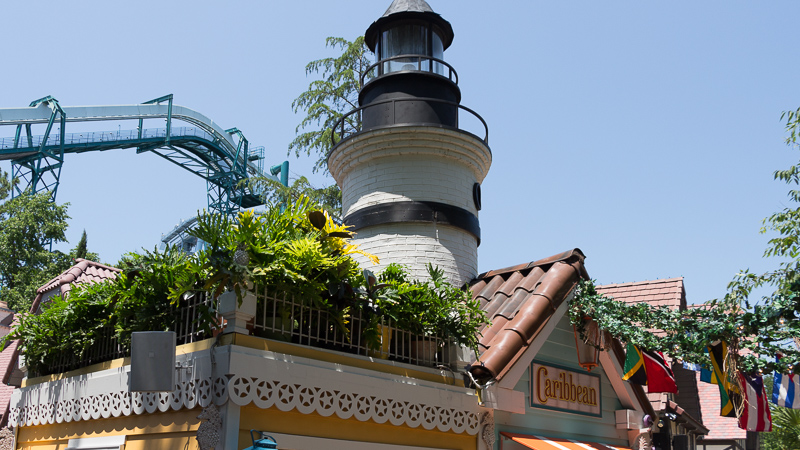 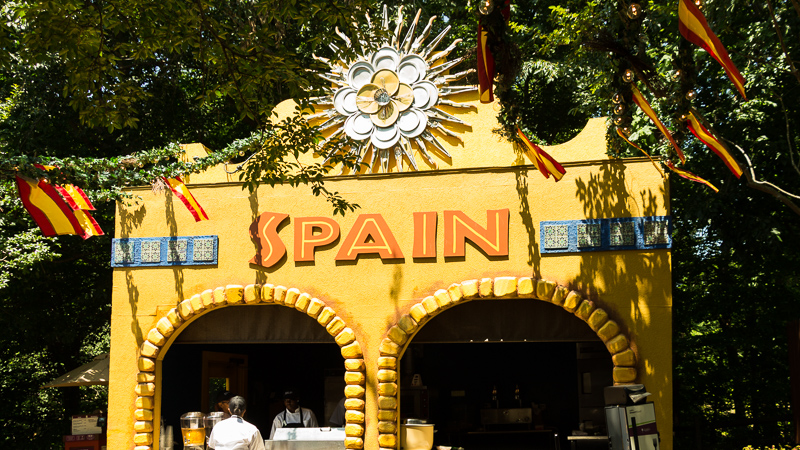 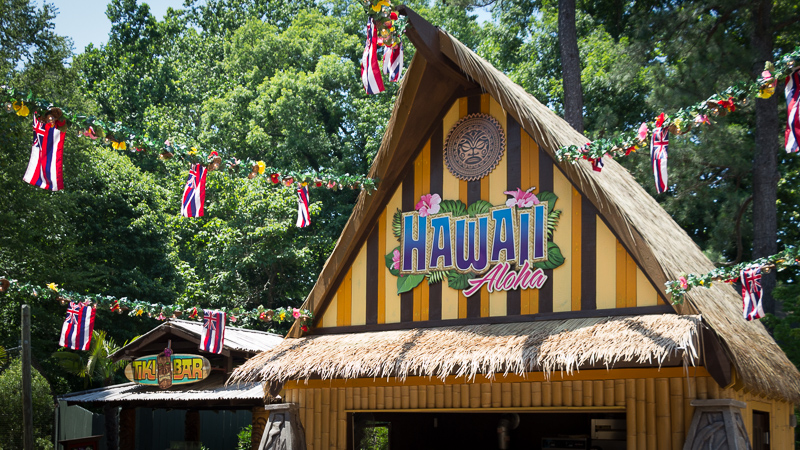 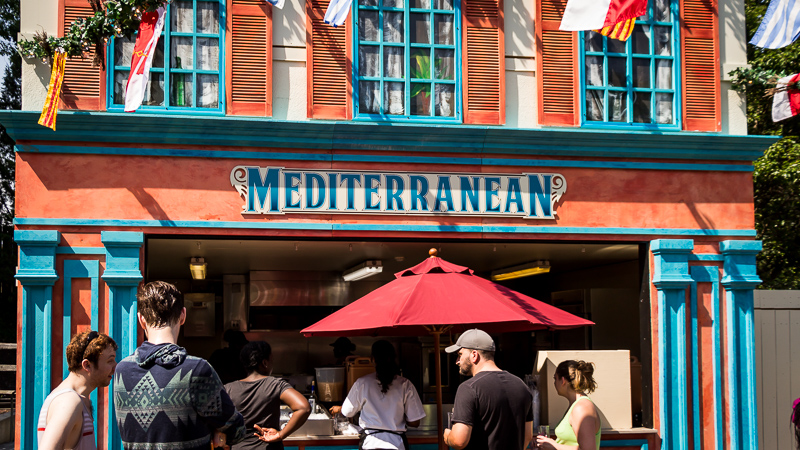 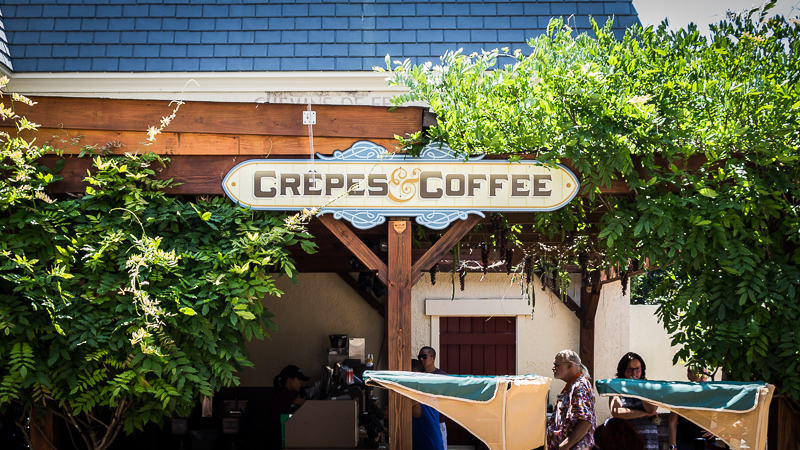 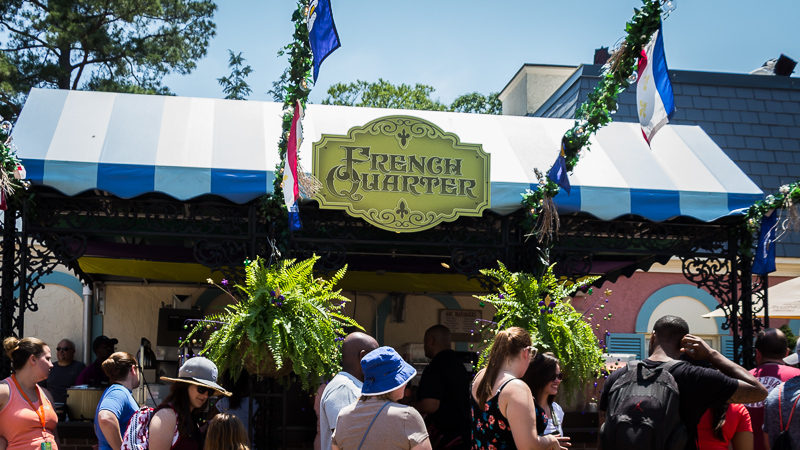 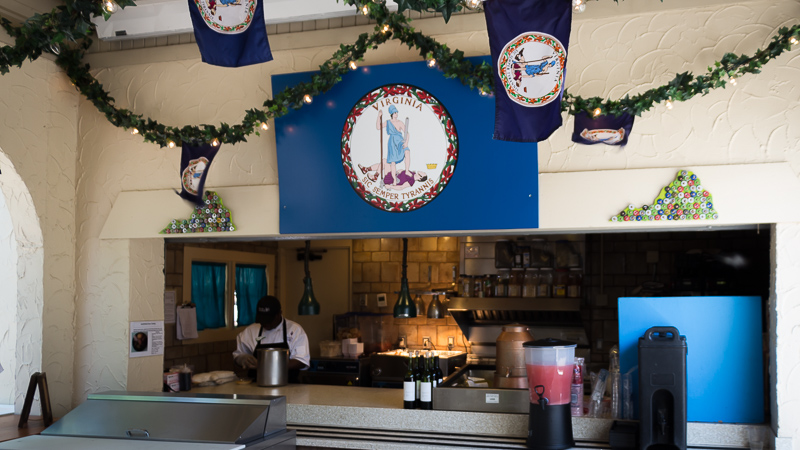 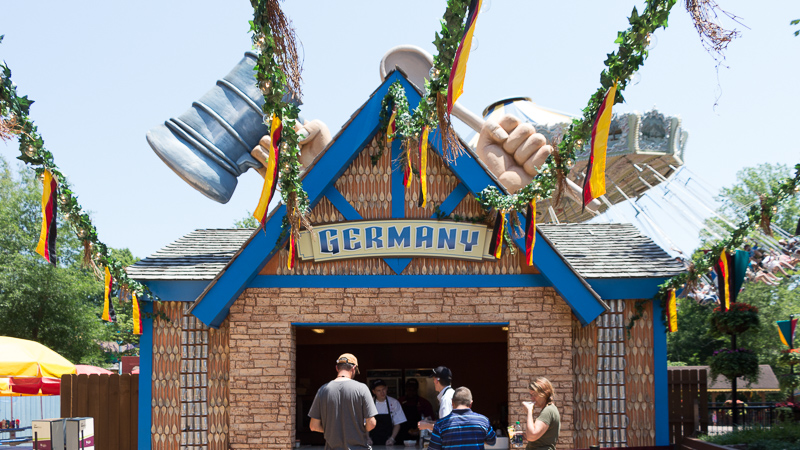 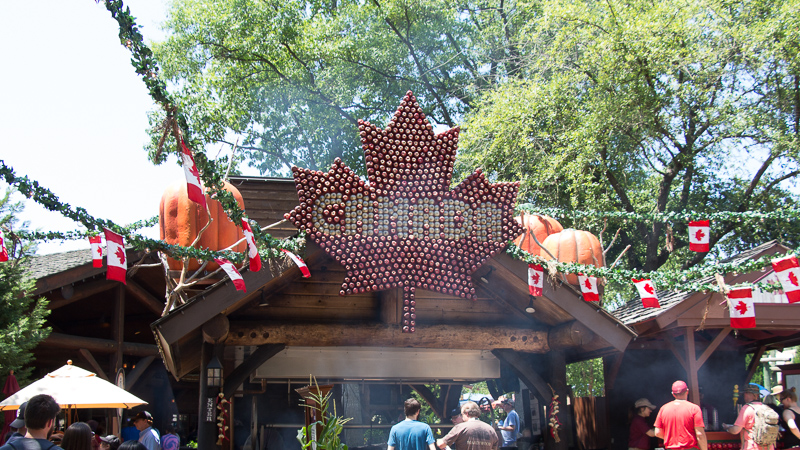 Historically, we have not formally reviewed wine, beer, and cocktails. There are a few reasons for this. First, none of us was willing to drink that much alcohol: We respect our livers and our reputations too much. Second, tastes in beverages vary so widely, we did not feel qualified to pass judgement. Third and finally, it would be cost-prohibitive to buy that much booze.
This year, however, because the park elected to dedicate an entire booth to frozen cocktails, a group of us (Kyle, Luke, Meri, TPF, Zachary, Zimmy, and me) decided to sample all eight. We were still unwilling to score and review them, but we were able to agree on some broad recommendations. And trust me, they aren’t that helpful.
We tried them in two arbitrary batches:


The Mojito, Bahama Mama, and Rum Runner were all very popular. They tasted like their namesakes, and the alcohol did not overwhelm the mixers. The Pina Colada and Strawberry Daiquiri were good, but not great.
Everyone agreed that the Sangria was the worst overall, because of the wine’s bitter taste. The Bellini and Shark Bite were somewhat controversial. The former will appeal to people who like peaches, and the latter was incredibly tart.
Over Memorial Day weekend the tasting team also tried some of the mocktails, mostly because we were curious. To be clear, we did not try everything, nor did we score the drinks we bought. We did, however, discuss the beverages, as we tried the food. We all really enjoyed the Horchata, the Hibiscus Lemonade, the Masala Chai Iced Tea, and the Ginger Limeade. Unfortunately, the Thai Tea still did not taste or look like the versions I have been served in several restaurants.
The Horchata reminded us of rice pudding. Unlike last year we could taste the tea in the Hibiscus Lemonade, which was sweet, but refreshing. The Iced Chai tasted a lot like the hot version I get on my daily Starbucks run. The ginger did not overwhelm the lime in the Ginger Limeade, so the drink did not burn.
Overall, there are a lot of fun and interesting beverages worth trying at this year’s event.

For the past few years, the park has sold Food and Beverage Samplers. The park expanded them this year to include sample-sized pours of beer and wine, in addition to the food and “mocktails.”
Especially because we have to buy every dish at every booth, we have found them to be incredibly convenient. Are they a good deal, however, if you not planning to buy 54 plates? At $45 for the 10-item sampler and $60 for 15 dishes, the answer is not straightforward.

Below is a comparison of the total cost of each lanyard vs the most and least amount you could spend for the same number of dishes. The average is a mid-range theoretical number that shows the price of 10 or 15 items all at the mean price. It should give you an idea of where the cost of the samplers fall, compared to the items offered at the event.

Using the numbers above and a bit of subtraction, we can find the projected savings for each of those columns.

So how does one ensure they’re staying away from the “Min. Savings” column in the chart above? It’s actually pretty simple…

Our recommendation is to guesstimate how many dishes above and below the previously mentioned thresholds you plan to try and then buy the lanyard that makes the most sense given those estimates. Especially in the case of the 15 item lanyard, with a bit of planning, it can save you a fair chunk of cash. The prices of every dish (as of the first weekend of the event) can be found in our Comprehensive Review.

After five years BGWFans is fairly comfortable identifying booths that could be replaced in 2018. Because the park generally retires a few booths each year, we are going to suggest two: Italy and Virginia. Based on the scores above, these may seem like surprising selections.
The Italian kiosk always serves well-liked dishes. That said, they are all desserts, and most sweets are scored highly, so the overall booth rating is hardly remarkable. Regardless, all items at that station are or were available at Marco Polo’s. We would advocate selling the Panna Cotta and the Tiramisu year round again, and replacing the Italian Booth.
While it is true that Canada scored lower than Virginia, we know that the dishes from the far north are perennial favorites with BGW guests. Furthermore, we believe there are restaurants nearby, which serve better examples of the items available at the Virginia booth. Additionally, we would prefer to see more exotic flavors that are not as readily available in Tidewater. Based on this calculus, we are recommending the Virginia Booth for removal.

I will admit that I was not really looking forward to eating my way around the park this year, because the event has been so weak recently. Our experiences during the first two weeks, however, have gotten me excited about the F&WF again.
We tried the park’s new special up-charge attraction last weekend, and look forward to reporting back on that as well. Spoiler: it was a charming and delicious experience.
So, be on the lookout for that review; follow BGWFans on Facebook, Instagram, and Twitter; and join the discussion on the ParkFans Forum.