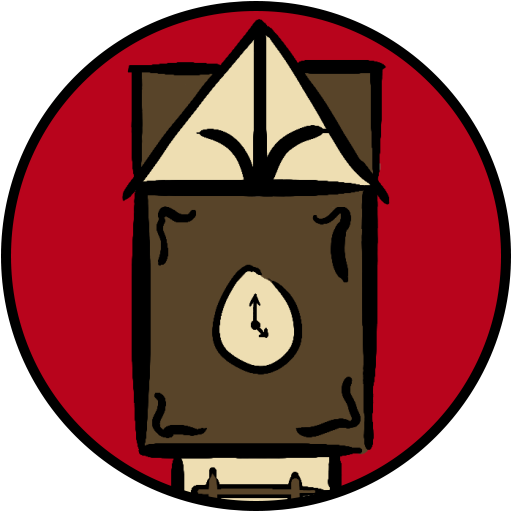 The Premier Online Destination for Busch Gardens Williamsburg News, Rumors, and Discussion Since 2009

Since COVID-19 walloped the United States in March of 2020, we have been fairly timid in regards to forecasting an opening timeline for Busch Gardens Williamsburg’s long-awaited, Intamin multi-launch coaster, Pantheon. This hesitancy hasn’t been rooted in a lack of insight into the status of the project, a lack of rumors surrounding an opening timeline, or really even an uncertainty regarding what the delays have been. In fact, our silence is the direct result of our understanding of the problem at hand here.

That said, now that it has been well over a year since our last longform status update on Pantheon, we think it’s finally time to put pen to paper and outline what we know, what we’re hearing, and where we fall on the Pantheon problem.

From what we’ve heard from sources familiar with the project, from what we’ve observed on the Pantheon site, and from what we’ve gathered regarding the status of Pantheon based on information in the public record, we can say the following with a fairly high degree of certainty:

I: Pantheon is Essentially Complete

While there are technically a few red tape-type issues that still need to be addressed (closing out permits, having the attraction itself permitted, etc), Pantheon is essentially complete. Our sources indicate that the coaster has long since completed all necessary testing and has been under the park’s control for months now. Everything from theming to lockers to lighting—from what we’ve been able to gather—is all more or less completed.

Our understanding is that if Busch Gardens Williamsburg actually wanted to open Pantheon right now, they could likely do so in very short order. Yes, the park would need to cross a few t’s and dot a few i’s and yes, the park would need to hire and train a crew to operate the coaster, but these things—alongside any other last minute minutia that may exist at this point—could almost certainly be resolved within a matter of a couple of weeks.

At first glance this all sounds like pretty good news—Pantheon is basically done and it could feasibly open in just a couple weeks. Unfortunately, from what we can gather, it seems the current status of Pantheon has been largely unchanged for months now. This spring it appeared that the park was charging ahead full-steam on Pantheon—we saw a long period of rigorous ride programming, testing, station and queue work, landscaping, etc. That said, as we neared and eventually entered summer, right as things started to look largely complete, visible progress ground to a screeching halt.

At the start of July, it was looking like Busch Gardens Williamsburg may have been trying to close out some of Pantheon’s construction permits which gave us another faint spark of hope as per Pantheon’s 2021 chances. That movement seems to have largely fallen silent now as well though.

So that begs the question: Why do we think Busch Gardens Williamsburg hasn’t been in any rush to open Pantheon? According to all the rumors we’ve heard, it comes down to one thing.

II: Pantheon is Closed Due to ROI Concerns

Beginning with Pantheon’s announcement in 2019, BGW started selling memberships, fun cards, etc. off of the promise of Pantheon—almost certainly to great success. By the time COVID-19 forced the shutdown of the park, a ton of 2020 season passes had already been sold.

That was Pantheon doing its job of course. One of the major reasons parks build new attractions is to keep guests invested—the perception of progress justifies continued membership payments for season admission and the like. Another major reason parks build new attractions? To generate increased attendance from less frequent park visitors. This is a task Pantheon will almost certainly succeed at brilliantly when it does eventually open.

The problem? Due likely in no small part to all of the passes Busch Gardens Williamsburg sold pre-COVID off the back of Pantheon, compounded by the post-COVID-restrictions boom that has been evident throughout the amusement industry, the park has already been packed this season. Before restrictions were lifted, the park was repeatedly hitting capacity throughout the spring. When the state-imposed caps lifted, the park continued to be absolutely slammed. The capacity of the park, though malleable depending on what is operating at any given time, does have a hard ceiling. If the park is already (or is forecasting that they will be) anywhere near maxing out that set capacity, the benefits of opening the biggest new attraction since Griffon in 2007 would likely be severely muted.

According to everyone we’ve spoken to, that expectation—essentially that Pantheon could generate far more additional revenue in 2022 than it could if it opened in 2021—is what has SeaWorld holding Pantheon’s progress in purgatory.

III: Pantheon is Unlikely to Open in 2021

Now that we’re in August without any compelling rumors about an opening, without any promising signs of progress on the site, without any word from Busch Gardens Williamsburg about the coaster, and without any signs that the environmental market factors that have led the park to keep Pantheon closed for this long will change anytime soon, it just feels a bit silly not to state the obvious: BGWFans thinks that Pantheon is unlikely to open this season.

If there were a point in 2021 when opening Pantheon could have had a significant impact on attendance and profits, that point is certainly long since passed now. This month Busch Gardens Williamsburg is putting on their incredibly popular beer festival, Bier Fest. Next month brings the long-awaited and much-anticipated return of Busch Gardens Williamsburg’s Howl-O-Scream. Then, of course, right on its heels, we have Christmas Town—another wildly popular event for the park.

Opening Pantheon with Howl-O-Scream and/or Christmas Town on the horizon would be a ridiculous waste of such an important attraction addition for the park. Baring some major change in SEAS’ thinking, an enormous public outcry, or a massive reduction in existing demand for parks, Pantheon in 2021 looks like a pipedream from where we’re standing.

Given the severely reduced ceiling of possible success for such a major addition, I’m going to say something incredibly controversial here: I think Busch Gardens Williamsburg has been and continues to be right here—keeping Pantheon shuttered in 2021 has been and will continue to be the correct choice.

I (like most of you), want to ride Pantheon now. That said, ultimately, I acknowledge that Busch Gardens Williamsburg is a business and that financial success for the park is essential to the park’s long-term prognosis. It’s frustrating to see Pantheon sitting dormant for so long, sure, but if this short-term discomfort leads to notably better returns on the park’s investment next season, I support it.

I can hear some of you shouting through your computer screens right now: “Has hell frozen over?! Why is BGWFans defending the overtly anti-consumer stance the park has staked with Pantheon?!”

That, finally, brings us to the actual Pantheon problem—not that Pantheon is still closed and is likely to remain that way for the rest of the season—but that Busch Gardens Williamsburg has painted themselves into a corner. Keeping Pantheon closed until 2022 is almost certainly the correct answer, but, in pursuing that plan, BGW will fail to fulfil the numerous public commitments they’ve made in regards to Pantheon’s opening.

I want to be clear: I am not happy about how Busch Gardens Williamsburg is handling Pantheon at all. If this reads as a defense of the park, I’ve failed to express the nuance of my position thus far. With that in mind, I want to be explicit here: Assuming Busch Gardens Williamsburg’s plan is to delay Pantheon until 2022, I agree with the ultimate outcome, yes, but the way in which the park has handled communicating its plan regarding Pantheon is wholly unacceptable.

Now that we’re more than two years out from the date of Pantheon’s initial announcement (the one year minimum length of a membership plus the one year membership extension due to COVID), any passes purchased between July 30th, 2019 and two years before the date on which Pantheon ultimately opens deserve compensation of some kind to make up for the loss of Pantheon. Similarly, in our opinion, anyone paying monthly based on the continual promise of Pantheon’s 2021 debut deserves some sort of compensation as well.

This isn’t just an issue for people who bought passes pre-COVID either. In November of 2020 Busch Gardens Williamsburg declared on Twitter that “things over at the Pantheon site are officially back on track” strongly suggesting that Pantheon would open in 2021.

The last tweet from the park’s Twitter account that mentions Pantheon was posted on January 11th, 2021 and is far more explicit regarding the timeline for Pantheon. That post (embedded below) includes a video that expressly states that Pantheon will launch in 2021. A Busch Gardens Williamsburg press release from January 5th, 2021 makes a similar commitment as well: “with the highly anticipated opening of the NEW Pantheon […] in 2021.“

Whether intended maliciously or not, Busch Gardens Williamsburg has successfully strung guests and members along for far too long now. It’s August, people beg the park for updates in the comments of every post they publish, and the last update we’ve seen from the park regarding Pantheon was a subtle website edit back in February switching the attraction’s website to read “Anticipated Opening 2021“—a claim that remains live on the park’s site as of the writing of this article.

We’ve been hearing a substantial amount of doubt from folks internally about this “Anticipated Opening 2021” claim for months now. That said, we have continued to give Busch Gardens Williamsburg the benefit of the doubt on social media regarding the truthfulness of this statement. We still assume the park is acting in good faith here, but every day “Anticipated Opening 2021” remains without a single mention of the coaster by the park, it gets harder and harder to trust them.

As I said before, I support the park delaying Pantheon until 2022. If, next week, the park posts something to the effect of, “Due to unforeseen circumstances, we’ve had to make the difficult decision to delay Pantheon’s opening until the spring of 2022,” alongside a set of reasonable solutions for the people who have experienced losses in ticket/pass value as a result of this choice, BGWFans will be out on social media providing every bit of top cover that we can. That said, we need a plan to be announced soon, because each day that passes, this all becomes more and more indefensible.

What should that value compensation look like? One idea we have would be to give anyone with an active pass or an expired pass that would have been active during the spring of 2019 access to an exclusive Pantheon preview period ahead of the attraction’s official opening. This would also fulfil Busch Gardens Williamsburg’s prior commitments regarding “1st to ride” access to Pantheon for Basic, Unlimited, and Premier members, and “1st to ride” with “exclusive access” for Platinum memberships. Two birds with one stone.

Again, these are just rough ideas, but our overarching point here stands—Busch Gardens Williamsburg owes us all two things regarding Pantheon: transparency & compensation. Members are (rightly, in our opinion) feeling pretty screwed over—the park needs to do better here.

Want to see us defend Busch Gardens Williamsburg if, in short order, they break their silence on Pantheon and announce a plan to make members whole? Follow us on Twitter and Instagram and give us a like on Facebook! Though we haven’t done much in the way of Pantheon updates on any of these platforms lately, whenever there is news to share, our socials will be the best place to find it!

Thanks for reading! If you enjoy more editorialized content like this, let us know in the comments or via one of the social platforms linked above! Your feedback is always appreciated—it really helps us shape BGWFans’ content!